Aussie-owned since 1969. Specialists in fine woods.

Trend Timbers was founded in 1969 in North Sydney by Eric Clark and A D (Steve) Stevenson. These two timber men met in Singapore, Eric then with Malayan Timber and Trading.

Eric came to Australia in 1956 following many years in the timber industry in England and Singapore. The company was formed originally to charter vessels for the importation of S E Asian Logs for the Sydney saw mills of which there were six, and for the production of ply wood and veneers.

As the Sydney saw mills closed one by one over the next 5 or 6 years Trend imported sawn, mainly unseasoned timber from S E Asia and Japan, from which we serviced the timber merchants in Sydney and Melbourne with the large furniture manufacturers in Sydney specialising in Burmese and Thailand Teak.

In 1970 Richard Clark the current Managing Director of the company, joined the firm. His background in the timber industry started in 1957 in England in the port of Hull in Yorkshire handling Finnish and Canadian species in the manufacture of Greenhouses, Windows and Wooden Guttering (lengths up to 40ft).

After 2 years in a home grown sawmill in Shropshire he joined the RAF for National Service. Two months before he was demobbed a hurricane hit his home town of Sheffield doing more damage in a single night than the blitz. 90% of the wooden fencing disappeared, so on leaving the forces he set up a Timber Fencing business which he ran until in December 1966. Richard came to Australia, working for A Hudsons and Cypress Pine Australia before joining Trend Timbers in 1970.

In 1970 all our timber imports were sold on contract. Foreign exchange contracts were raised to prevent any fluctuation in the dollar affecting the prices to our customers.

In the early 70’s Eric Clark regularly visited Thailand, Hong Kong, Singapore, Yugoslavia, South America and Japan in search of supplies of Teak, Beech, Oak, Ash and Mahogany, while Richard visited New Guinea and the Pacific Islands, resulting in the addition of many species to our range including Kauri, Lignum Vitae, Ebony and African Blackwood.

Eric Clark died in 1977 after a long and distinguished career in the industry. Richard took over the running of the company and purchased Eric’s share, Steve Stevenson(the silent partner) was a great inspiration to the new managing director and when Steve died in 1993 was greatly missed, not only at Trend, but by the Timber industry at large, having been president and founding member of the Sydney branch of Ho Ho International and Chairman of the Sydney Timber Importers association. Richard now owns the Company.

Our customers, then as now, were the higher quality timber merchant and manufacturer.  We pride ourselves on our quality, range of stock and our service.  Richard continues to travel to all countries around the world in search of timbers as fashions change and some timbers become harder to obtain.
The marvelous thing about the specialized timber trade is the never ending accumulation of knowledge.

In 1987, Adrian Clark, Richard’s eldest son, joined the firm and through his influence we have added to our range, Australian cabinet timbers including Jarrah, Blackwood, Qld Maple, Tasmanian Oak, Australian Cedar, NSW Rosewood, Hoop Pine and Qld Silver Ash and many rarer outback timbers, which have become a most important part of our business.  As General Manager, Adrian’s knowledge of timber and his co-ordination of our operation are invaluable.  Over the past decade, Adrian has helped to develop our servicing of the amateur and professional woodturning and carving markets, supplying specialized timbers, tools and lathes.  Our range of project parts and tools has continued to grow under Adrian’s supervision and is now a significant part of our makeup.  We hold demonstrations and open weekends at our premises three times a year, and display at Newcastle, Sydney and Canberra Working with Wood Shows.

In 1999 Ashley Clark joined the firm, at the time we added a further product to our range called ‘New Creo”, a creosote impregnated fencing product for horse, cattle and home use.  “New Creo” is a product which is well received by horse owners throughout the state.  Ashley moved onto the land in 2002.

Our range includes supply to the boat building industry of Epoxy Systems, glues, paint, plywood and our traditional timbers including Burmese Teak, White Beech and Spotted Gum.
The combined experience of the three generations of Clark’s amounts to 92 years and it is this that makes our family company unique in its field.  All those who visit our premises are struck by the family atmosphere and friendly nature and knowledge of our staff.

We produce a commercial sample collection of 129 species of timber, each numbered, finished on one face, fine sanded on all other faces, 100mm long x 20mm x 20mm.  They illustrate density, texture and colour and are readily stored in boxes of ten, providing a permanent reference aid.  The sample collection relates directly to our printed species list of timbers.

Given the great diversity of our business we know personally most of the importers, wholesalers and resellers of quality timber in Australia, which places us in a unique position to market any species in which we have confidence.

In 2008 the company changed from Trend Timbers Pty Ltd to RB and AJ Clark Pty Ltd T/A Trend Timbers; that is Richard and Adrian.

Where the need arises, Trend Timbers is ready to further diversify. 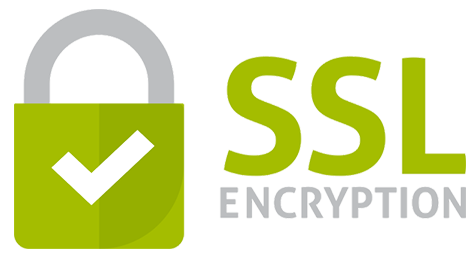